While I was researching soul food, where it’s served, blogs/bloggers, etc., I couldn’t help but to realize that a lot of people have a different spin to what they think soul food is. Before I was able to eat and review Suggapuddin’s I had to decide if “the best ribs on this side of Missouri” would be considered soul food. Some people think that barbeque is considered soul food; others do not – mainly because if it was considered soul food it wouldn’t have its own label. In my opinion, barbeque and soul food go hand-in-hand there’s not one without the other. This made me start thinking more about what soul food really is and where it came from.

Soul food isn’t just your favorite plate of smothered pork chops, mashed potatoes, cabbage and cornbread.  It’s so much more than the calories and potential risk for high blood pressure. Soul food is a staple in history with its roots in the Deep South.  Soul food derived from slavery. At the time of slavery, slaves were only given the leftovers or, the cuts of meat their owners didn’t want, leaving them to make do with what they had. Their vegetables were grown fresh; fish and game were caught, killed, and cooked, and farming and hunting was all up to them. To their credit, African-American’s more than made do with the resources they had. Now, because of African- Americans taking the scraps they were given and making the most out of it we now have soul food.

Soul food is what helped bring African-American families together. It reminded the slaves that moved north about their families they left in the south. For me,soul food is that thing that helps you feel at home, it’s made with extra special love and you know it will fill your heart with great joy when you eat it – it truly is food for the soul! 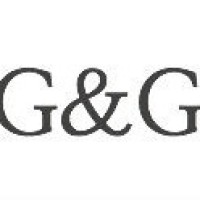 A Girl & A Garnish

a thirty-something's adventure through the wild world of food

Your guide to the overlooked and under-appreciated soul food scene of the state's southern half.

a girl with a dream became a woman with a vision